A natural way to re-gain energy 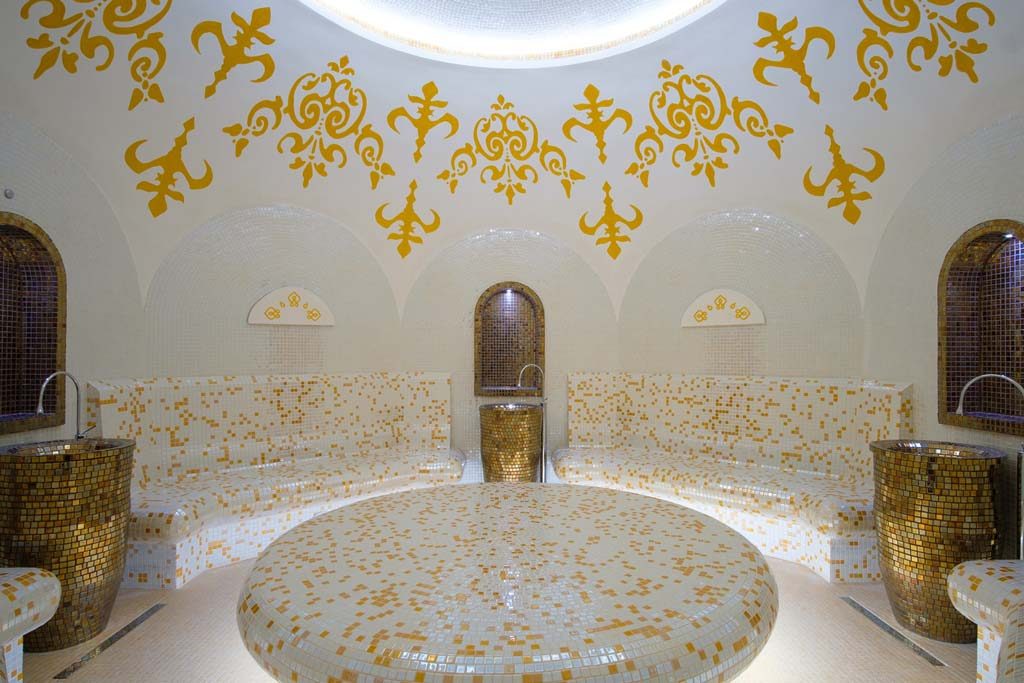 Hammam or Turkish bath is a place of public bathing associated with the culture of the Ottoman Empire and more widely the Islamic world. A variation on it as a method of cleansing and relaxation became popular during the Victorian era, and then spread through the British Empire and Western Europe. The buildings are similar to Roman thermae. Turkish baths focus on hot air and water. Hammam – helps overcome the stresses of everyday life, relax and gain new strenght and improve overall physical and mental well-being.